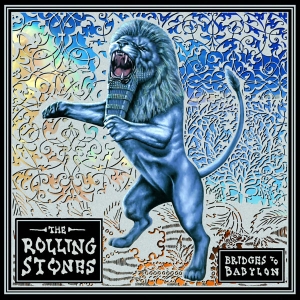 In late 1996 I had learned that the Stones were in Oceanway Studios in Hollywood recording their next album, “Bridges To Babylon”. Since the Stones used a Rocket 90 2×12 combo in 1994 while recording “Voodoo Lounge” I figured I’d see if they wanted to try another Rocket this time around. I contacted Keith’s guitar tech Pierre, who remembered me from the Voodoo Lounge project. Pierre was happy to use a Rocket once again.

I brought in a Rocket 50 4×10 combo with four 50-watt Eminence ceramic speakers. Pierre promptly placed the Rocket within Keith’s arsenal of amps in Studio A, which included a tweed Twin and a Dumble Overdrive Special. I left the Rocket 50 with “the guys” for several months, as they completed the tracking and overdub phases of the project.

As the project progressed I didn’t hear much from Pierre or the guys about how things were going, or if the Rocket was even being used. Luckily though, I had a “mole” of sorts: one of LA’s top piano techs was a personal friend. He would go into Studio A in the morning each day to tune the grand piano the Stones were using. He was kind enough to pass on any info he heard about if and how the Rocket was being used, and by whom. He was also kind enough to take some pictures of the amp in the studio, though not during any of the recording sessions.

My piano tech friend learned that the Rocket was a hit among the Stones, and was used by Keith, Ronnie Wood, and even by Mick! I didn’t get a rundown of when the Rocket was used on which tracks, or by whom. But I’m quite certain that it can be heard prominently on track 1, on Keith’s lead into the song. 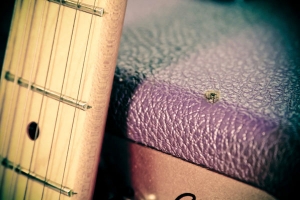 When it came time to pick the Rocket up, Pierre invited me to the wrap-up party at Oceanway. After several hours of chatting with studio and project staff, Keith appeared. Pierre introduced me to Keith, and Keith said “Nice amp, man” and promptly moved on.

That was good enough for me. I thanked Pierre for the opportunity, and collected the Rocket 50 and brought it back to the shop. As I was leaving Pierre said that I would get a credit on the album, for which I was most proud and grateful. Bridges To Babylon was released on September, 1997 and went on to go “gold” in the UK, and “platinum” in the US.

So how did we get burned by Keith? Well, as I was inspecting the Rocket 50 the next day I couldn’t help but notice several cigarette burns on top of the Rocket! My guess is that they were put there by Keith as he was deep in the creative process of tracking or overdubbing. Regardless, I’m holding on to this Rocket 50 as a memento of this whole experience, and of the thought that the Rocket 50 may have inspired “the guys” to greater heights while making the album.